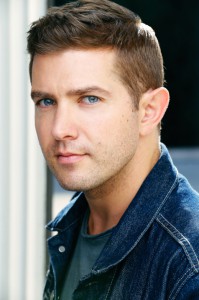 Television credits include “The Astronaut Wives Club”, in which Joel played famed astronaut Gus Grissom. He also recurred on HBO’s groundbreaking series “The Newsroom” and “Getting on”, as well as Lifetime’s “Deliverance Creek.” Film credits include the Disney film adaption of “Alexander and the Terrible, Horrible, No Good, Very Bad Day” alongside Steve Carrell. Joel was born and raised in Milwaukee, Wisconsin where he discovered acting at a young age. In high school, he enrolled in summer acting programs at both Northwestern University and The Steppenwolf Theatre. Joel has also written and directed his own short film, “The Pilgrim & The Private Eye” which played the festival circuit in 2012 and won multiple awards.