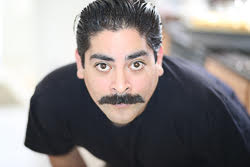 Jason Bogart Hightower began his VO career 10 years ago in Chicago. He studied improvisational theater at Improv Olympic, The Annoyance, and The Second City theater, where he understudied on the main stage. Some of his commercial work includes Target, Sea Doo Watercraft, Universal Studios, Ford, and BP gasoline. Most recent animation and interactive credits include Disney Jr’s Sofia the First, There Came an Echo, Lego Jurassic Park, and Battlefield:Hardline. Jason is also a graduate of UT-San Antonio with a B.S. in Chemistry and is published in the Journal of Physical Chemistry.