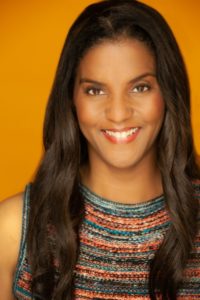 Jamila Jones is a native of the San Francisco Bay Area. As a child, her favorite past times were feeding the ducks at Lake Merritt, picking up driftwood with her dad and going to dance classes every week. Her love of dance was strong, and she even considered a professional career as a dancer, but she wanted more than movement and music, she wanted to speak words. When it came time to decide on a college, Jamila applied to New York University’s Tisch School of the Arts and decided that if she was accepted into the drama program that she would attend and fulfill her dream of becoming an actress.

She applied and auditioned and was accepted to Tisch and began her acting journey.

After seven years in New York City, where there was always some amazing experience waiting to be had, Jamila moved to Los Angeles to further her acting career. Her experience of Los Angeles seemed like a cross between a Bukowski novel and a Raymond Chandler mystery and she was intrigued as she began auditioning and working to support herself. In Los Angeles, she began studying Strasburg’s method and threw herself into exploration of her inner life, discovering ways to bring depth and nuance to a performance.

Always at the forefront of her mind when it comes to performance has been emotional clarity, specificity of thought and action, and the importance of storytelling. These elements come together beautifully in the world of voice acting where each new day brings an opportunity for emotional expression, sharing of a point of view and the telling of an exciting and helpful story.

A few of Jamila’s favorite things are healthy lifestyle tips, live concerts, and travelling to new places. Jamila loves cats and horses and always welcomes an invitation to go dancing.

She continues to study the craft of acting and is overjoyed to be beginning her career in voiceover.