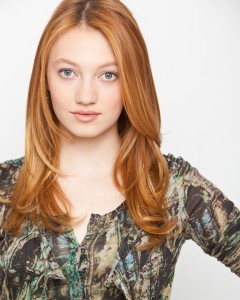 Jacqueline Emerson                                   is a voiceover artist, actress, recording artist, innovator, and TEDx speaker. Her voice has been used in many commercials, including ones for Wells Fargo, Walmart, and Legoland. She was also the voice of the “Tiger Twins” in the television series, “Father of the Pride.” Her most recent voiceover work is as the lead in Disney’s new interactive game, “Fantasia.” In addition, Jacqueline played the part of “Foxface” in “The Hunger Games,” and has acted in the films “The Well,” “The Curse of Downer’s Grove,” and “The Night is Ours.” While attending Stanford University, she is currently developing a project called “She’s So Boss” geared towards empowering young women.