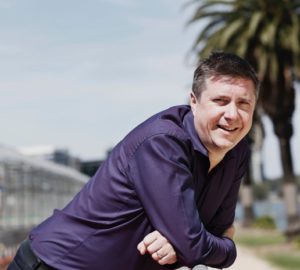 “It’s Lights Out and Away We Go!” Widely regarded as THE Voice of Formula 1, David Croft is the acclaimed commentator and presenter for Sky Sports F1 HD channel.

Now in his 16th season commentating on F1, Croftys enthusiasm and passion for the sport can be heard at every race during the season, both in the UK and on over 60 television networks throughout the world, including ESPN in the United States, TSN in Canada and Foxtel in Australia.

Prior to joining Sky Sports in 2012, David was the F1 correspondent for BBC Radio 5live. During his time at the national News and Sport Station, he also reported and covered various other sports including the 2002 World Cup and 2004 Olympic Games, World Title Boxing and Superbowl XLI in Miami.

Away from F1, Crofty covered World Championship Darts for the BBC from 2002 to 2012 and more recently commentated and presented from Alexandra Palace at the PDC World Darts Championships for Sky Sports.

In addition to commentary David appeared in the UK version of Disney’s animated movie ‘Planes’ as “Lofty Crofty” and narrated a historical documentary about the legendary Nordschleife race track in Germany, ‘The Green Hell’.

David has worked with clients such as Mercedes Benz, Exxon Mobil, Pure Storage Systems, Heineken and Thomson Reuters, hosting senior level client hospitality, fan engagements and Thought Leadership events. Whilst he is also called upon to host regular live and recorded events including the Autosport Live Action Arena in front of 5000 fans across the hugely popular Autosport International Show, the annual Race of Champions motorsport event and F1 in Schools, the largest worldwide Stem Challenge for students.