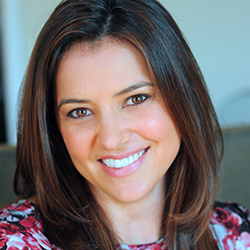 Anndi has been a voice over artist for over 25 years. She has worked on numerous animation projects from providing regular voices for Nickelodeon and Disney cartoon series, to voicing “Cera” in The Land Before Time series (one of the longest running “direct-to-DVD” franchises ever) to top selling video game franchises. She has also provided her singing voice to songs released on Disney Records, Universal Records, and even performed a song for “Tom and Jerry-The Movie” written by Henry Mancini and Leslie Bricusse.