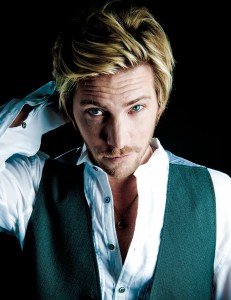 Texas native Troy Baker has recently risen to be one of the most prolific actors in video games. In 2013 alone, his performances as “Joel” in Game of the Year The Last of Us, “Booker DeWitt” in Bioshock Infinite and “The Joker” in Batman: Arkham Origins quickly caught the eye of both fans and media alike, landing several nominations and awards including Spike’s VGX, DICE and BAFTA. He was even featured in Entertainment Weekly’s “Best of 2013” issue. 2014 finds Troy starring opposite Kevin Spacey in the upcoming Call of Duty: Advanced Warfare in addition to playing the tortured protagonist “Talion” in Warner Brother’s new installment of The Lord of the Rings saga, Shadow of Mordor.