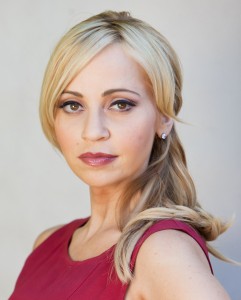 Tara Strong began acting in Toronto at thirteen. Her first animated role was the voice of “HELLO KITTY.” Soon she had a lead in a sit-com, voiced over twenty animated series, and several theater, TV and film roles. Moving to LA in 1994, booking PARTY OF FIVE, NATIONAL LAMPOON’S SENIOR TRIP, SABRINA THE TEENAGE WITCH, and more. She has an iconic voice over career including: Bubbles in “THE POWER PUFF GIRLS,” Timmy in “THE FAIRLY ODD PARENTS,” Dil in “RUGRATS,” Raven in “TEEN TITANS,” “BATGIRL,” “FAMILY GUY,” “DRAWN TOGETHER,” “BEN 10,” Melody in “THE LITTLE MERMAID 2,” “SPIRITED AWAY,” etc. She is Miss Collins on NICKELODEON’S “BIG TIME RUSH” and the new voice of “HARLEY QUINN.” She is Emmy nominated, a SHORTY AWARD winner and of course Twilight Sparkle in “MY LITTLE PONY.”