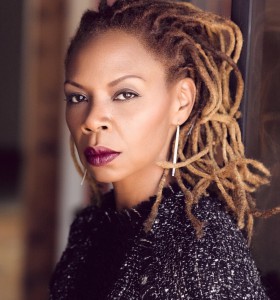 “How do I tell the story?” Has been a consistent question in Simbi’s life. Being the youngest of seven, she somehow became the historian in her family; who did what to whom and why? Because, NO, she didn’t do it, but she saw who did… At an early age she was drawn to Dance and Acting and graduated from Duke Ellington School of the Arts, in Washington, D.C. She went on to California Institute of Arts where she studied with great instructors, including, Michael Fields from the Dell’ Arte International School of Physical Theatre. Their Mantra: “Movement is the basis for life”. Now that’s the story Simbi tries to tell everyday, letting go of the old story and beginning a new one. She has numerous film, television and stage credits as an actor. Has taught theater and dance to inner city youth, is a writer, photographer and an alchemist with her own organic apothecary line, K A L I alkemi. Being a voiceover artist is one of the most exciting and compelling aspects of storytelling, “How do I tell the story?” Because Simbi saw who did what to whom and why and she will say that sh*t in a funny voice, if you pay her scale plus 10% or more. Preferably more.