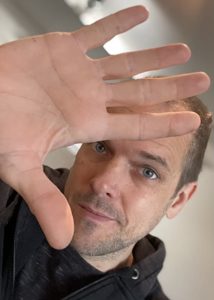 Russ has been performing and building characters and creatures as a career for over a decade.  He puppeteered Mochi on Netflix’s Waffles + Mochi and was also puppet captain, advising on all things puppets while traveling the globe.  Russ was the lead puppeteer for the feature Come Play, built by Jim Henson’s Creature Shop.  He was an integral part of the return of Mystery Science Theatre 3000, and voices Growler.  Other credits include Kidding, The Happytime Murders, The Muppets, Community, Pee-wee Herman Live and the Simpsons