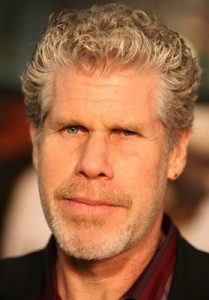 Golden Globe winning actor Ron Perlman, who for 6 seasons played the lead role of ‘Clay Morrow’ on FX’s hit show SONS OF ANARCHY, will next be seen starring in the Marc Forster directed pilot HAND OF GOD for Amazon, which he excitingly produced as well. Currently Ron is shooting Roland Emmerich’s much anticipated independent feature film STONEWALL opposite Jonathan Rhys Meyers, a Jon Robin Baitz-scripted pic about the 1969 police raid at the Stonewall Inn in Greenwich Village that became the flashpoint for the gay rights movement. Perlman was also one of the leads of the feature film BEFORE I DISAPPEAR, which was directed by 2013 Academy Award winning director Shawn Christensen, opposite Emmy Rossum which won the audience award at SXSW this year. He has starred in various other projects including Nicolas Refn’s DRIVE and Guillermo del Toro’s Warner Bros. feature PACIFIC RIM. Ron is also well known for playing the title role of ‘Hellboy’ in the HELLBOY franchise for Universal.