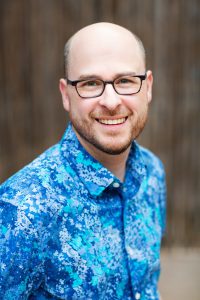 Patrick Johnson is a professional puppeteer with more than 20 years of experience. He has worked with The Jim Henson Company, The Muppets Studio and Disney. Patrick performed puppet characters on the new Showtime series Kidding, as well as in the movies The Muppets, Muppets Most Wanted and The Happytime Murders. He is best known as the voice and principal puppeteer of Lenny, the snarky puppet pitchman in a popular series of Lending Tree commercials.

Patrick is involved in The Jim Henson Company’s puppet improv group, Puppet Up, and he has served the company as a puppeteer, puppeteer instructor, puppet builder and puppet wrangler.