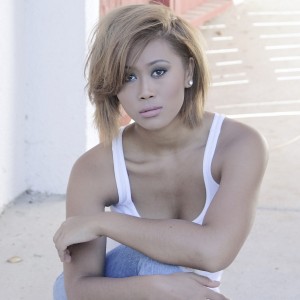 Michaela is a singer, songwriter, producer, pianist, dancer and actress. She was a co-star on Nickelodeon’s iCarly. She is a featured singer on Nintendo Wii’s Dance Dance Revolution games.Michaela composed, arranged, produced and sang 15 songs for the audio book, Rhymz for the Nursoulry. She wrote and produced the theme song, “We Can Stand“, for the Haiti Benefit Concert in Washington D.C., where she also performed for several Ambassadors, including Haitian Ambassador, Raymond Joseph. Michaela has done voice-over work for characters on Mattel Toys American Girl line. Her music was placed on VH-1’s Love & Hip Hop and BET Network’s Single Ladies, where she played a teenaged ingénue and wrote original music for the role. Her debut EP, “Self Sufficient“, can be found on iTunes.