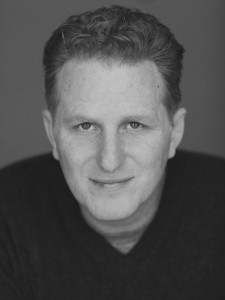 Michael Rapaport is an actor who has appeared in over 60 Films and Television shows since his breakout performance in 1993’s Sundance Award Winning Film “Zebrahead.” Since than he has work on such Films as “True Romance,” “Mighty Aphrodite,” “Beautiful Girls” and “The Heat.” His many Television appearances include “Friends,” “Prison Break” and most recently “JUSTIFIED.” The native New Yorker also Directed the 2012 PGA Award Winning Documentary “Beats Rhymes & Life: The Travels of A Tribe Called Quest” documenting the groups rise to fame and eventual break-up. Sony Pictures Classic’s distributed the film. Mr. Rapaport’s next project as a Director is titled “When The Garden was Eden” and will be premiering on ESPN in October 2014 as part of ESPN’s award winning “30 FOR 30” series. The film chronicles The New York Knick’s and there last Championship Season in 1973 with players such as Phil Jackson, Willis Reed & Walt “Clyde” Frazier. Michael Rapaport begins production as an actor in October 2014 next on TNT’s show “Public Morals” created by Ed Burns and Executive Produced by Steven Spielberg.