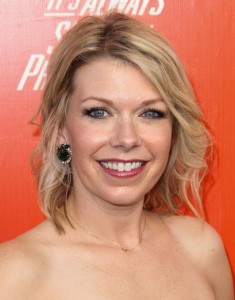 Mary Elizabeth Ellis found her love of acting as a child in her hometown of Laurel, Mississippi. She earned her BFA in The Meadows Arts program at Southern Methodist University. Upon graduation she relocated to Los Angeles where she has played on stage at Upright Citizens Brigade and appeared on RENO 911, COLD CASE, HAPPY ENDINGS, and BROOKLYN 99. Ellis played “Amy” in PERFECT COUPLES for NBC. She is best known for her recurring roles as “The Waitress” on IT’S ALWAYS SUNNY IN PHILADELPHIA, and “Caroline” on NEW GIRL. Ellis also wrote and starred in Slamdance’s Grand Jury Prize winning film A QUIET LITTLE MARRIAGE which was released by IFC films. She has been in other features including THE LAST TIME YOU HAD FUN which debuts at LA Film Festival in June 2014.