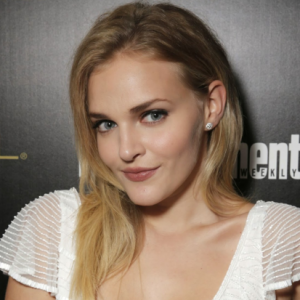 Madeline Brewer made her television debut as “Tricia Miller” in the Netflix original comedy-drama series “Orange is the New Black” created by Jenji Kohan and produced by Lionsgate Television. She then played “Miranda Cates” in “Hemlock Grove” also for Netflix, in a recurring role, appearing in most episodes that garnered her a lot of attention. Additionally, she recurs on “Grimm.” Born in Philadelphia and raised in Pitman, NJ. She is a graduate of AMDA, the American Musical and Dramatic Academy in New York City where she studied musical theater. Immediately after graduating from AMDA, Madeline landed the lead role in the world premiere of “Liberty: The Musical”. Madeline is also a classically trained singer.