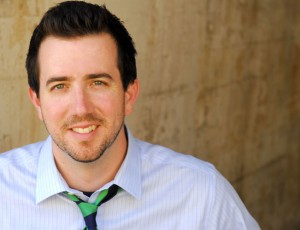 Kenny Stevenson has been doing comedy in LA for 15 years, and has been performing at the UCB for over 10.  He has had recurring parts “Parks and Recreation” and “Comedy Bang Bang”, and is currently recurring on “Brooklyn 99”. He has also been on the shows “Hawaii Five-0”, “Preppy Little Teen$”, and “The UCB Show”. His impressions can be heard on the podcasts “Dumb People Town”, “Improv 4 Humans”, and “Cheap Seats”, and he worked as a puppeteer on “Duff’s Happy Fun Bake Time” on Discvoery+ and the Netflix show “Julie’s Greenroom” starring Julie Andrews. As a writer, he wrote and starred in the award winning independent film “Love, Sex, and Missed Connections,” which won 11 awards at 16 film festivals.  His script, “How To Be A Canadian,” won the Grand Prize at the New Hampshire Film Festival, the Royal Reel Award at the Canada International Film Festival, and Feature Comedy at the Woods Hole Film Festival Screenplay Competition.