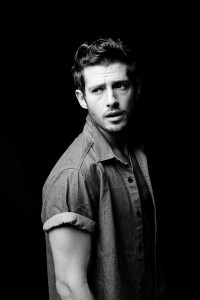 Julian Morris began acting at the Anna Scher Theatre in London. After his training under Scher, he went on to spend three seasons with the Royal Shakespeare Company, which he merits as being a major influence on his learning and craft. He has played popular characters in several of the most successful shows of the last decade: Agent Owen in Fox’s ’24’, as Dr Andrew Wade in NBC’s ‘ER’, and as part the original cast in ABC Family’s, ‘Pretty Little Liars’ and Prince Phillip in ABC’s ‘Once Upon A Time’. In film, he’s appeared alongside Jon Voight in ‘Beyond’ and Tom Cruise in “Valkyrie’, and starred in Universal’s ‘Cry Wolf’, the British smash-hit ‘Donkey Punch” and Summit Entertainment’s ‘Sorority Row’. He’s recently finished filming the lead in Universal’s, ‘Dragonheart’ produced by Raffaella De Laurentiis, and can be seen in the BAFTA winning movie, ‘Kelly + Victor’ directed by Kieran Evans. He’s currently shooting the series ‘Hand of God’ directed by Marc Forster.