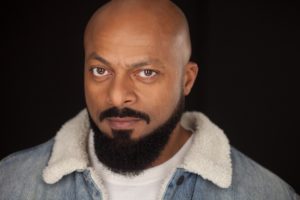 Jose Alves is a working actor based out of New York City. He has played principal roles on numerous shows on network and cable television and streaming platforms, as well as in multiple major motion pictures. Most recently he played the main “baddie” opposite David Mann in a Christmas feature film, SOUL SANTA, to be released later this year. He also portrays a recurring character in the upcoming STARZ prequel to POWER called POWER BOOK III: RAISING KANAN coming out this summer. In addition he will soon be seen in a supporting role in the anticipated summer blockbuster, FREE GUY, starring Ryan Reynolds.

Despite his successes, Jose is a non-traditional actor having never attended acting conservatory. Instead, he received practical training on indie film sets and continues to coach privately with well-reputed acting coaches from New York and Los Angeles. In his own words he believes his most valuable lessons were learned, “in a pressure cooker under the lights”. This non-traditional approach has served him well as he regularly books over conservatory trained actors to work with A-list talent. Jose is an award winning actor having won awards on the indie film scene. But he is most proud to have had a role in the award winning film CODA which won best ensemble cast at SUNDANCE.

He brings his full breadth of life experiences and acting experience to the world of voice over with rich character. Prior to acting, Jose was an equity and bonds trader working in the financial sector.