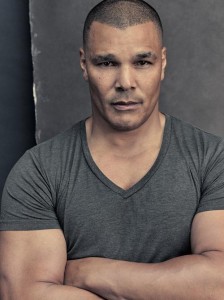 If you look Geno Segers up, you will also see a very popular feature about him: his commanding voice, which earned him a lot of attention, and led Segers to be cast as Mufasa in the Australian production of The Lion King. Segers is best known as Mason Makoola, the guard of the twin kings in Disney’s series ‘Pair of Kings. To an older teen audience his recurring role on MTV’s Teen Wolf. And to the adult demographer his series regular role as Chayton Littlestone in Cinemax’ Banshee.