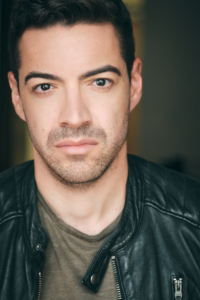 Fabio is currently the voice of Book’s Ship Computer on “Star Trek: Discovery” for CBS, and later this year will be heard playing Grape Dad in Dreamworks’ “The Mighty Ones” for Hulu. He has many animation roles under his belt in projects ranging from Disney’s “Tangled: The Series” and “Fancy Nancy”, to “Castlevania” on Netflix. Amongst his various video game interactive credits are “Unchartered 4”, “Game of Thrones” and “Rise Of The Guardians” in which he played the character of Pitch, voice-matching Jude Law who played the same character in the movie of the same name. Every couple of years, he takes on the role of the announcer on the Spanish version of the “Mario & Sonic at the Olympic Games” series for SEGA. Originally from Malaga in the south of Spain, Fabio trained at the Bristol Old Vic Theatre School in the UK. With an Italian father and a half Spanish and half French mother, he fluently speaks four languages (English, Spanish, French and Italian) to a native standard.