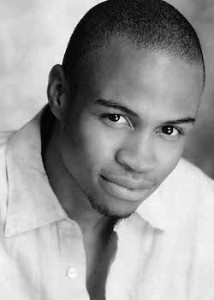 BIO: Eugene Byrd is an actor with great versatility and originality. Originally from Philadelphia, he grew up with the deep desire to pursue his acting career, which led him first to New York City, then Los Angeles, California. He currently portrays Dr. Clark Edison in the FOX hit Bones. He’s also guest starred on many series including Arrow, The Mentalist, Numbers, Life, Crossing Jordan, Heroes, Law and Order: SVU among several others. His feature film credits include Julia, Sleepers, 8 Mile, Anacondas: The Hunt for the Blood Orchid and How to Make Love to a Woman. Other highlights include the Sundance favorite Lift with Kerry Washington and a pivotal role in the 2009 feature Easier with Practice. In 2006 he won the Break-Out Performance Award at the Method Fest Independent Film Festival for his leading role in the movie Confess.