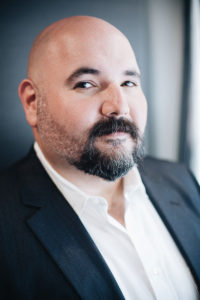 Puppeteer, Dan Garza, has contributed his puppetry and character voices to diverse projects with skill, laughter and kindness. His credits include Showtime’s Kidding alongside Jim Carrey, The Happytime Murders film directed by Brian Henson, Jim Henson’s Splash and Bubbles on PBS Kids where he puppeteered and voiced 12 characters. Dan has worked for The Walt Disney Company, Nickelodeon Animation and The Jim Henson company over the years and has been a consultant for Walt Disney Feature Animation among others.
Dan is a fluent English and Spanish speaker who enjoys infusing his characters with unique traits from his diverse background.
Always willing to shape his performances into something truly special, Dan is consistently pushing his craft and personal drive through the lens of collaboration and love of connection.