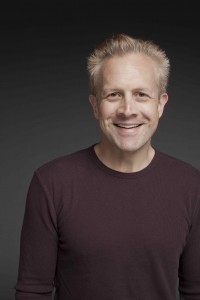 Damon Jones has voiced characters for Cartoon Network’s LOONEY TUNES SHOW including Marvin the Martian, Foghorn Leghorn and others as well as THE MIKE TYSON MYSTERIES on Adult Swim and the Dreamworks animated feature B.O.O.: BUREAU OF OTHERWORLDLY OPERATIONS. He composed and performed (with Ben Falcone) the Merrie Melodies songs for LOONEY TUNES SHOW. On camera he has appeared on shows such as SEINFELD, MONK, MALCOLM IN THE MIDDLE, UP ALL NIGHT and most recently the feature film TAMMY. Also a writer/director, he co-created the TV shows HALFWAY HOME (Comedy Central) and BENCHED (USA) and is a longtime member of the Groundings comedy troupe.