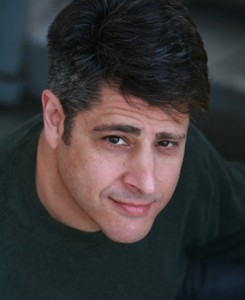 Never having touched a puppet in his life, Fate truly lent a “hand” when Master Puppeteer Tony Urbano chose Bruce from hundreds, for Sid and Marty Krofft’s exclusive 1980 workshop.

Honing his Craft in many Mc Nugget commercials and Low budget Kid-Vids, destiny and the Muppets came knocking when Brian Henson cast Bruce as “Charlene Sinclair”, in DINOSAURS, which spanned five glorious seasons on ABC/Disney in 1990-93. He was truly home!

Bruce also helped pioneer Real-time Puppeteered CG animation with Henson’s HDPS-Digital Puppetry System (Are We There Yet (2005), Francis (2008), Sid the Science Kid Movie (2012) and partnered Dave Barclay Studios (Where the Wild Thing Are (2009), The Ice King (2017).

A veteran right-hand on countless Muppet projects, including (The Muppets- ABC Primetime (2016), and both the recent feature reboots, (The Muppets (2011) and Muppets Most Wanted (2014), His skill set also extended to Live-action Reference Puppetry (MonkeyBone (2001) Looney Tunes-Back in Action (2003),and many V.O. gigs, (including the voice of TIMON (Wild about Safety!) for Walt Disney.

Bruce is extremely grateful for sharing in a lifetime of whimsical joy and laughter, and remains committed to our Unique, Dynamic, Artistic Community, always seeking to coax the Child in us all to just.. Come on out and PLAY!!!